Given the deeply embedded influence of money in our lives, and its power to distort the meaning of all forms of relationship, we thought it might be interesting to note some of the more illuminating, disturbing, disruptive and iconic insights on the power of money throughout history and across cultures. Please add your own!

£86/13/4 – the Worth of an English Person in 1685 Sir William Petty in 1685  calculated that an English person is worth £86/13/4 “from whence we may learn to compute the loss we have sustained from Plague, by the Slaughter of Men in War, and by the sending them abroad into the Service of Foreign Princes.”

Quoted in James Buchan Frozen Desire: An Inquiry into the Meaning of Money Picador (1997) p.104 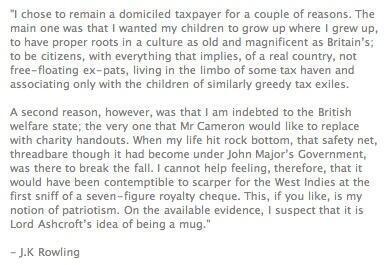 “The order of the stock market was introduced into the order of nature. The tulip began to lose the properties and charms of a flower: it grew pale, lost its colours and shapes, became  an abstraction, a name, a symbol interchangeable with a certain amount of money.”

‘Economics are the method: the object is to change the soul’ – Margaret Thatcher 1981

“What’s irritated me about the whole direction of politics in the last 30 years is that it’s always been towards the collectivist society. People have forgotten about the personal society. And they say: do I count, do I matter? To which the short answer is, yes. And therefore, it isn’t that I set out on economic policies; it’s that I set out really to change the approach, and changing the economics is the means of changing that approach. If you change the approach you really are after the heart and soul of the nation. Economics are the method; the object is to change the heart and soul.”

Sunday Times interview with Margaret Thatcher by Ronald Butt   May, 1981

“We are all in this together”

Britain should always be proud of having a welfare system that helps those most in need. But never again should we allow its costs to spiral out of control and its incentives to become so distorted that it pays not to work.

The distributional analysis published today shows that the Budget decisions, and the decisions across this parliament, mean the rich are making the biggest contribution to the reduction of the deficit – because we are all in this together.

Life on £55 a week is no stunt for Debbie Garrity. It is laid out in painstaking detail in separate labelled compartments of a plastic box she keeps next to her armchair. Gas £5, Water £4, Bus Pass £12.50, Food £10. Inside a newly labelled section – Bedroom Tax – is a crisp £10 note, which means she has had to halve her shopping budget. In the Social Fund section, there is nothing at all.

“Sometimes I would like to saw a pound in half to make it go further,” says the 45-year-old, who has a 2:1 BSE degree in health and social care and worked full-time for decades before losing her job several months ago. Outside the window of her neat flat on the sprawling Newbiggin Hall estate on the edge of Newcastle, seagulls roll in the wind. The A1 roars faintly in the distance.

“I just feel stuck and I can’t go anywhere,” she says. “You would have thought that by my age you’d be able to have some luxuries, but sadly not. This is no quality of life at all.”

“Perverse one …. You have accumulated such wealth … have become fat, big, broad, powerful and puffed. But your kin waits expectantly for your misfortune…”

More than 3,700 years ago in the Sumerian city of Ur, a father (a scribe by profession) was so outraged that his son spent so much time loitering about the streets instead of working diligently at school, and was so lacking in gratitude for the privileged life he led, that he just had to set his feelings down on a clay tablet letter addressed to the boy,

Perverse one with whom I am furious, night and day am I tortured because of you. Night and day you waste in pleasures. You have accumulated such wealth, you have expanded far and wide, have become fat, big, broad, powerful and puffed. But your kin waits expectantly for your misfortune…

We have profoundly forgotten that Cash-payment is not the sole relation of human beings; we think nothing of doubting, that it absolves and liquidates all engagements of man. “My starving workers?” answers the rich Mill-owner. “Did I not hire them fairly in the market? Did I not pay them, to the last sixpence, the sum covenanted for? What have I to do with them more?” – Verily Mammon worship is a melancholy creed.

Thomas Carlyle, Past and Present, 1843

We’ve spent the last four years researching the problems caused by the current debt-based monetary system and how to fix them. This is what we think needs to change to fix our broken money system:

1. Take the power to create money away from the banks, and return it to a democratic transparent and accountable process

3. Put new money into the real economy rather than financial markets and property bubbles

This is a hugely informative website littered with short videos explaining the nature of money and its creation by banks, debt, the housing bubble and loads more.

Replace the Gospel of Money: An Interview With David Korten

Korten: Exactly. If more of our money circulated in our communities rather than the Wall Street casino, it would facilitate people organizing locally to meet more of their economic needs with local resources. Control of money is the ultimate mechanism of social control in a society in which most every person depends on money for the basic means of living—food, water, shelter, heat, transportation, entertainment. This leads us into the voluntary simplicity movement: The less I’m dependent on money, the freer I am. Realize that the only legitimate purpose of the economy is to serve life, is to serve us as living beings making our living in co-productive partnership with living Earth.