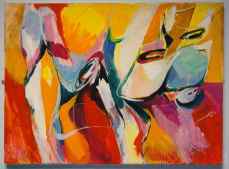 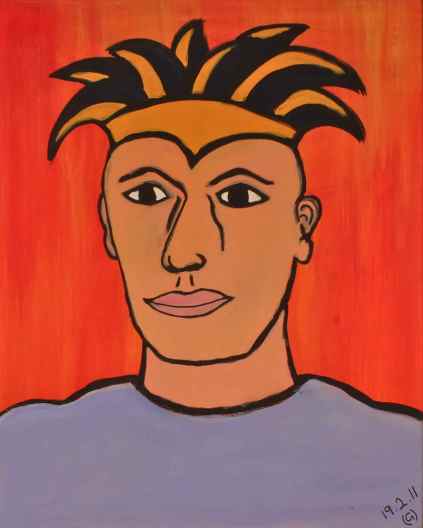 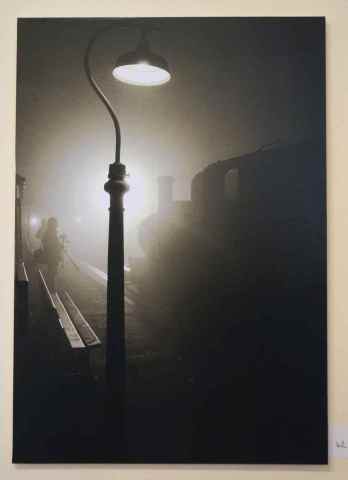 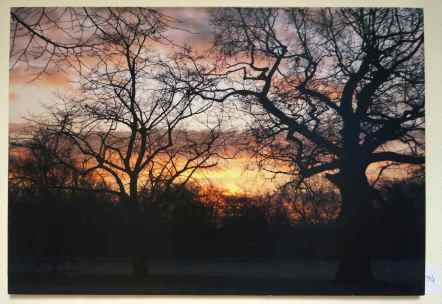 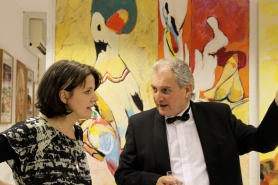 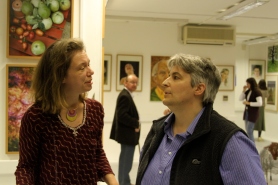 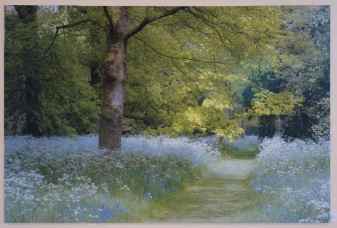 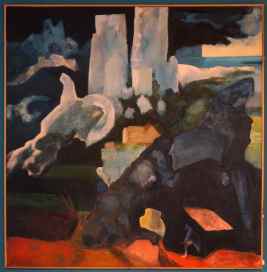 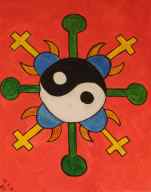 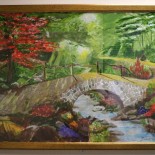 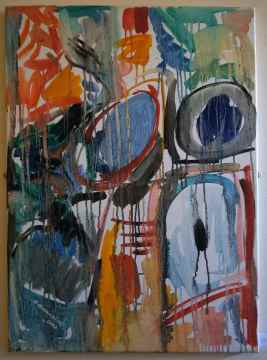 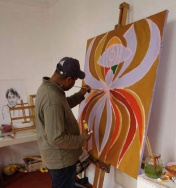 Mental Wealth Foundation is a broad, inclusive coalition of professional, grassroots, academic and survivor campaigns and movements. We bear collective witness and support collective action in response to the destructive impact of the new paradigm in health, social care, welfare and employment. We oppose the individualisation and medicalisation of the social, political and material causes of hardship and distress, which are increasing as a result of austerity cuts to services and welfare and the unjust shift of responsibility onto people on low incomes and welfare benefits. Our recent conference focused on Welfare Reforms and Mental Health, Resisting the Impact of Sanctions, Assessments and Psychological Coercion.

Recovery in the Bin

Alliance for Counselling and Psychotherapy

Psychotherapists and Counsellors for Social Responsibility

British Association for Counselling and Psychotherapy

We write in response to your joint public statement of 7 March 2016 outlining the outcome of your meetings with the Government’s new Joint Health and Work Unit and your scrutiny of the Government’s plans to place therapists in job centres [1].

There is no indication that any consultation has taken place with members of your organisations with knowledge of these matters nor with service users, clients and their representative organisations. This lack of consultation and opportunity for wider reflection has contributed to your organisations departing from your own ethical structures and frameworks, and being seen as agents of harmful government policy [2]. It is by now generally accepted that the consequences of the DWP and government policy in this area are far reaching for physically and mentally disabled people on social security benefits. Inexplicably your organisations’ scrutiny of government plans has failed to recognise this.

The joining of Government Health and Work Departments is not helpful, and current DWP policy intended to reduce the socio-economic causes of mental illness to the one simple fact of unemployment is clinically and intellectually ridiculous. The resulting policy promoting work as cure, which your organisations are now supporting, is offensive and dangerous. It is wrong for therapy organisations to buy into the unthinking praise for ‘work’ that often forms part of the rhetoric of governments.

While for some clients improving employment prospects may be an objective, for many others this is not the case and may be profoundly damaging. Indeed, for some people, their mental health problems may have begun because of work e.g. through experiences of bullying in the workplace. This one size fits all approach is simplistic. Premature return to work can result in loss of confidence and relapses affecting future ability to get back to work. This can also lead to prolonged periods without benefits and no income [3].

You state that plans must be aimed at improving mental health and wellbeing rather than as a means of getting people back to work. These are not the aims and objectives being expressed by the people who are implementing the programme right now, involving targeting ‘hard to help’ clients who are likely to be people with enduring physical or mental health difficulties. For example in the Islington pilot project Councillor Richard Watts has stated, “We think there is much more that health services can do to promote the idea of employment for people with health conditions.” In the Islington CCG Commissioners’ report in November calling for employment services in GP surgeries to reach ‘hard to help’ claimants, they state that, “to improve the system we need to…maximise the contribution of all local services to boost employment, making it a priority for health, housing, social care and training. We need to open up how we talk to people about employment, including asking healthcare professionals to have conversations about work with patients, as part of their recovery. We need to give professionals the information and tools to help them to do this.” [4]. For all clients, establishing a trusting relationship is the first priority, involving respecting their current needs, perspectives and autonomy.

Jobs advertised on the BACP website in November 2015 have the explicit aim of getting clients back to work and engaging with employment services e.g. “your role will include: producing tailored health action plans for each client, focusing on improving their health and moving them closer to work…generate health and wellbeing referrals to ensure continued engagement with employment advisers” [5]. Similarly G4S advertise jobs for BABCP accredited CBT practitioners with job roles including: “Targeted on the level, number and effectiveness of interventions in re-engaging Customers and Customer progression into work” [6].

We respectfully submit that information about these jobs was known to all of your organisations when you issued your joint statement. This inconsistency is seriously misleading.

We are glad that you oppose conditionality, coercion and sanctions. Clearly such punitive measures have no place in the therapeutic relationship. We fail to share your reassurance from the government that these measures will not be pursued against clients. DWP have repeatedly claimed that sanctions are a last resort and only happen in a tiny minority of cases. The reality is that millions of people have been sanctioned. In the twelve months to September 2015 alone, over 350,000 ESA and JSA claimants were sanctioned [7]. In the Employment Support Allowance Work Related Activity Group the majority of sanctions were of people who have been placed in the group specifically because they are experiencing mental health issues and research shows that benefit sanctions on people with mental health problems has increased by 600% [8].

It is not possible to consider this issue without considering the context of sanctions, cuts and persecution which is endemic in the current system. You fail to acknowledge that attending this proposed therapy may not be explicitly linked to conditions/sanctions but will feel so for many of its prospective clients who are on benefits. There is a structural power imbalance between job centre employees and those on benefits. With their income under threat, those on benefits will be especially susceptible to cues, suggestibility and positive reinforcement when attending job centres. Many on benefits have experienced oppressive power relations for much of their lives. Saying no in relation to an apparent free choice in this context is hugely difficult, especially when saying no has uncertain consequences [9] .

Attempts to coerce people into work are detrimental not only to their health but to their safety and, in many cases, present a risk to life. The extreme fear and distress caused by the current welfare reforms, including changes in disability benefits and the new Work Capability Assessments, is widely reported including instances that have led to suicide [10]. Therapy alongside this coercive system breaches the ethical principle of non-maleficence.

You state that there must be choice as to location of therapy. There is a clear danger in putting DWP representatives into GP surgeries, community centres and food banks that are seen as safe havens for people on low incomes and benefits. The presence of DWP compromises this. DWP/Maximus workers in the GP surgery, with access to medical records, will serve as a deterrent to people visiting their family doctor. The model currently in use in Islington allows Remploy/Maximus workers to access and write into GP records; this jeopardises any commitment to client privacy and confidentiality [11].

The choice of method of therapy is an illusion and therapists of all modalities are subject to the stresses of an unjust target driven culture [12]. We are concerned that under-qualified and inexperienced staff, such as job centre coaches, will be in a position to make referrals to Health and Work programs. This is exacerbated by the fact that referrals are likely to be to IAPT workers, many of whom themselves lack in-depth training and experience of severe mental health issues. Inappropriate referrals are increasingly likely in a target-driven culture.

We are not reassured that the feasibility trials planned by the government will contribute to knowledge and understanding and are not reassured by your echoing what government is saying. Instead you and government must listen to the voices of survivors who describe the reality of government plans on their lives and are fighting for services with a vision of humanity beyond work [13].

It is clear from your public statement that you have failed to critically examine and scrutinise the ongoing activities of the Government Joint Work and Health Unit. We call on you to cease your engagement with this unit and instead hold a national stakeholder event which is guaranteed to involve the participation of representative organisations for service users and therapists with direct knowledge of the area, as well as professional bodies like yours. There should be no government involvement in such an event. From it, a representative group can be selected that will adequately represent the views of service users and therapists to the appropriate government departments as well as to the opposition.